Congratulations to Rebecca Sun for placing 3rd at the Eastern Sectional Singles – Juvenile Girls and being able to attend the High Performance National Development Camp.

What is High Performance National Development Camp? High Performance National Development Camp (HPNDC) is hosted annually by U.S. Figure Skating, the National Governing Body for figure skating in the United States, and is the premier program for Juvenile, Intermediate, and Novice athletes. HPNDC gives athletes the opportunity to learn and interact with National and International officials; demonstrate to U.S. Figure Skating their mastery of technical elements, program components, and skills-in-progress for the upcoming season and beyond; and learn from a vast array of leading professionals in the sport. In addition to on and off ice classes, HPNDC will include two competitive segments assessed by a panel of officials and the High Performance Department: the jump consistency final and performance final. The jump consistency final will be a series of jump drills to no music and the performance final will be a condensed program with required elements. More details will be communicated to HPNDC qualifiers. U.S. Figure Skating will use their observations at NDC to inform selection committees for future Domestic and International opportunities. High Performance National Development Camp for Singles, Pairs, and Ice Dance athletes features a three-day on- and off-ice group training camp, in conjunction with U.S. Figure Skating Official Guided Observation of the 2023 TOYOTA U.S. Figure Skating Championships. Athletes will start their week with the competitive training camp that will transition into observation of the Junior and Senior events through the conclusion of the Senior Free Skate events (Sunday, January 29). The observation of these events allows NDT athletes to learn competitive strategies, support fellow athletes, learn through watching top-level skaters, and envision their future in the sport! What does it mean to be part of the National Development Team? Qualifying for the National Development Team is a great accomplishment! Being a member of the National Development team identifies each athlete as one of the top developing athletes in their discipline. This puts you on the radar for becoming a future Team USA member and to someday represent the United States of America in international competition. This is a great honor and achievement in your journey to becoming an elite figure skater. This is the beginning of your journey – remember to stay focused, hard-working, passionate, and grateful for every opportunity. 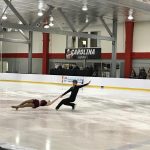 An article about Ana & Ben competing at the 2019 US Figure Skating Championships appeared in the Pittsburgh Post-Gazette: 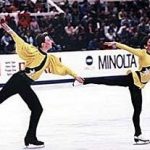 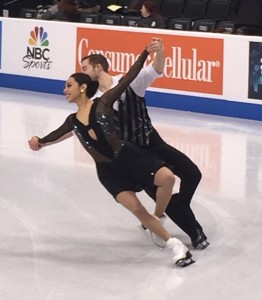 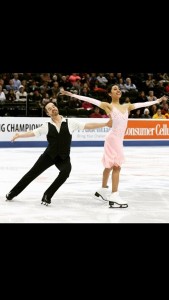 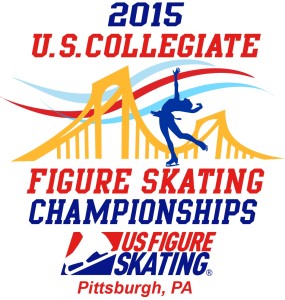